OnePlus 7T Pro review: There was a time when OnePlus was a truly premium brand with select launches in an year and limited models up for sale. All of that and lot more has changed in 2019 with the smartphone maker introducing four new products while keeping the older models alive too. When the OnePlus 7 and OnePlus 7 Pro were launched in May, we knew it was only a matter of time before the company brings the ‘T’ variants of the series. Come October, we had both OnePlus 7T and OnePlus 7T Pro retailing in markets across the globe.

While the OnePlus 7T dazzled most smartphone lovers, including us, the same can’t be said about the OnePlus 7T Pro. The former was a major upgrade on OnePlus 7 borrowing several features from OnePlus 7 Pro like cameras and display. Its refreshing design and relatively affordable price tag, made OnePlus 7T a complete steal. It offered almost everything you would desire from a premium smartphone and was as good as the OnePlus 7 Pro, both on paper and otherwise.

But, have you wondered what would have happened if George Lucas had settled for the original Star Wars trilogy and wasn’t lured into making the prequels? We would have been spared from some lazy screenplay, never been introduced to the annoying Jar Jar Binks and probably, Hayden Christensen would still have a career in films. Okay, okay! Whether the decision was good or bad, remains up for debate, but one thing most comic book nerds would agree on is that the world would never have been the same, had Lucas decided against it.

Just like the OnePlus 7T, this one also keeps changing its shade as light falls from different angles. The design is very similar to the OnePlus 7 Pro but the two can be differentiated because of the colour and different placing of laser autofocus sensor on the back. The smartphone maker had made a brave move by equipping the OnePlus 7T with a circular camera module at the back but has switched to a vertical module on the OnePlus 7T Pro.

The back panel is neat with OnePlus branding to go with the camera setup and LED flash. The power button is on the right, volume rockers on the left, SIM tray and speaker grill at the bottom. OnePlus has once again ditched the 3.5mm jack which is no more a surprise. 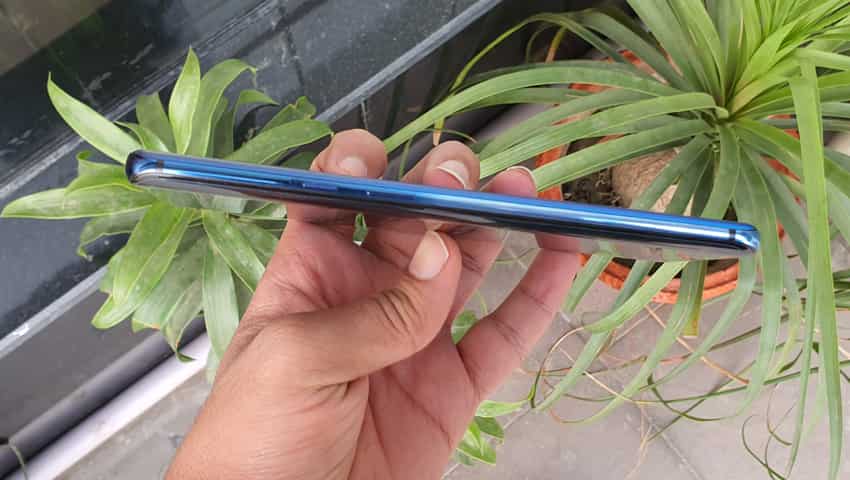 The first problem with the device is with its matte finish which makes the phone very slippery. When you have a Rs 50,000 smartphone in your palm, that keeps slipping out of it, peace would be difficult to find. The problem can be addressed using the case. But, then if only life was so simple. The OnePlus 7T is heavy. And, by heavy we mean that you will feel discomfort while using it with one hand. So, using a case only makes the phone feel bigger.

The weight could be either be because of the pop-up camera module or the bigger battery used, but OnePlus needs to fix this in the coming models.

Inside the tall OnePlus 7T Pro box, you get the usual stuff – a transparent silicone case, a Type-C cable, a SIM eject tool, warranty information, and the Warp Charge 30T charger. The last claims to give faster charging over the previous-generation Warp Charge 30 charger.

Its basically like the Star Wars characters Yoda and Mace Windu. Both are Jedi but one of them is more powerful. You know who, we are not naming anyone!

The OnePlus 7T pro is equipped with the same 6.67-inch QHD+ Fluid AMOLED panel with a 90Hz refresh rate that was used on the OnePlus 7 Pro. In fact, the OnePlus 7T also got the same display with 90HZ refresh rate only with a slightly smaller screen size (6.55-inch). The display produces vibrant colours and comes with HDR 10+ support which allows you to stream high quality content. 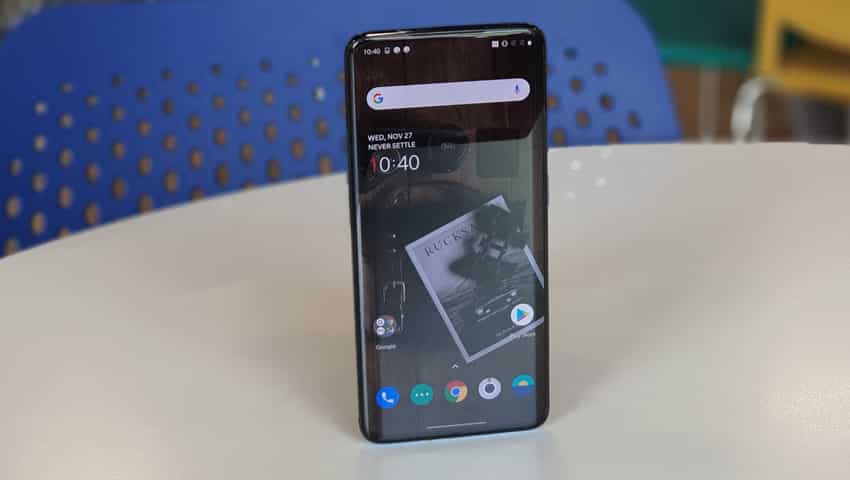 This is where you also realise the importance of having the pop-up mechanism. Even though it adds to the weight of the device, you get a better screen-to-body ratio which definitely enhances the video streaming experience. The OnePlus 7T Pro also ships with a pre-applied screen protector and is extremely fast to work on.

The apps open smoothly and the 8GB of RAM allows you to do multitasking without any issues. For high performance, OnePlus has used Qualcomm Snapdragon 855+ chipset on the OnePlus 7T Pro which is an upgrade on the Snapdragon 855 which powered the OnePlus 7 Pro. The processor is claimed to give 15 per cent better performance and has been used on select smartphones in India including OnePlus 7T and the Realme X2 Pro….Read more>>

How to Change Photo in Aadhaar Card

Kanhaiyalal - WhatsApp brings new update: Here is how your app is set to change