While most smartphone manufacturers are betting big on the mid-range segment, Infinix has consistently been focusing on the sub-Rs 10,000 segment. And, on Wednesday, the company has launched probably its most exciting smartphone till date – the Infinix Hot 8. The device comes with a massive 5,000 mAh battery, 6.52-inch screen and triple rear camera setup at an unbelievably low price. The smartphone was launched during an event in New Delhi and will go on sale through Flipkart. To recall, we at Zee Business Online, had confirmed the specs and design of the smartphone a week before its launch.

Speaking at the launch, Kamal Pandey, Product Head, Infinix India said that this would be the hottest smartphone to have launched in India this festive season. He added that with Hot 8, we are offering you a personal entertainment device. 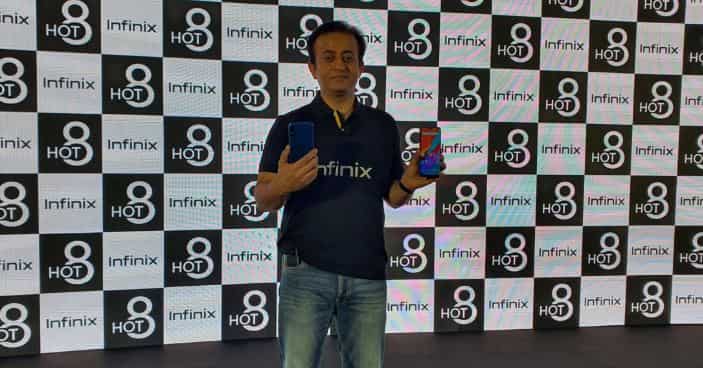 The Infinix Hot 8 price in India has been set at Rs 6,999 for the lone variant that comes with 4GB RAM and 64GB of internal storage. The price was confirmed by the company ahead of the launch through a teaser on Flipkart. This is a highly aggressive price and places the Hot 8 really well against its competitors. 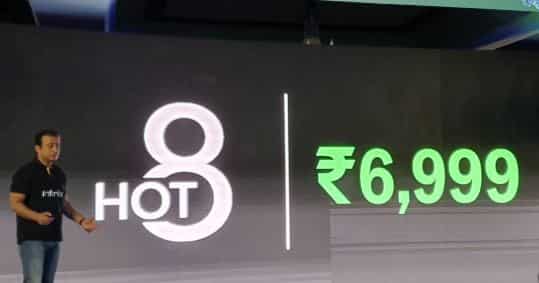 The sale starts on Flipkart on September 12 from 12 noon, while the The Rs 6,999 price is applicable onlt till October 31. 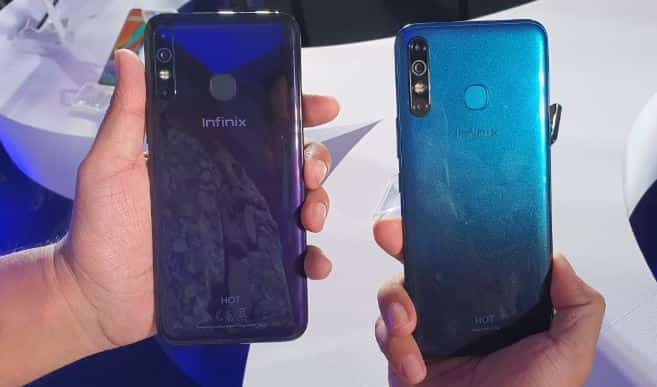 Infinix Hot 8 comes features a 6.52-inch HD+ LCD display and is powered by Helio P22 processor. It sports a AI triple rear camera with a 13MP primary sensor assisted by 2MP sensor and an additional low light sensor. On the front, you get a 8MP selfie shooter. A triple rear camera setup is still rare in this segment with LG W30 and Realme 5 being the only two notable options. 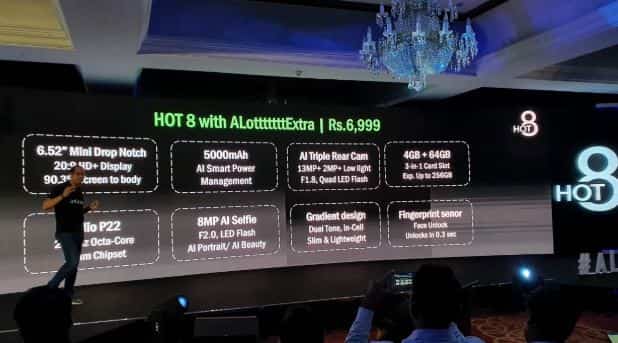 The smartphone also comes with a fingerprint scanner which is present at the back and supports face unlock as well. As mentioned above, it packs a 5,000 mAh battery.

Bhual prasad jaiswal - Aadhaar card has nothing to do with citizenship, UIDAI clarifies

AJAY KUMAR Mittal - Aadhaar: mAadhaar got inactive after changing mobile phone? This is what you must know

pankaj kumar saha - Aadhaar: mAadhaar got inactive after changing mobile phone? This is what you must know

rectify AAdhar Addreses and phone no

santosh rajak - No document required to update, add email ID to your Aadhaar